Chat Sexually what was your best age? 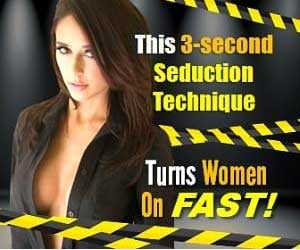 When I was between 13 and 25 years old I was constantly horny. It was a problem - whenever I was not busy my mind would wonder and I would get an unwanted erection. Whenever I tried to meditate or do some boring task my mind would drift to whatever women were around me or who I had seen that day. In high school I was terrified of being called to the front of the class. I remember taking the bus to university and having to use gross imagery to try to get rid of the boner before standing up to leave the bus - the image that worked best was of a wino throwing up in my mouth. At the time a popular image for doing this was "imagine you are sliding down a giant razor blade using your balls as brakes". When it came to actual sex I needed it much more than the girl, which was frustrating for me and a lot of pressure on her (or a huge power advantage for her). I was well behaved, did not cross any lines, but the issue was there. For me the best age range sexually was between 25 and 45 - I was still healthy and really liked sex, but the desperation was gone, and women my age were more sexual. How about you guys (and girls?) - what was your peak age range for enjoying sex?

Tough question. When I was younger, I got hard easier and faster but also came faster but recovered faster. Now, it takes me longer to get hard, longer to come and longer to recover. Quality over quantity I guess.
H

I'd say 18-25. Younger than that you dont know what you are doing. Older than that and you start getting into serious relationships. But i found that range was my sweet spot.
S

In my 40s nowadays, and after many stays in various mental hospitals, I am lucky to get 5" in length and last more than 3 minutes in duration.
The only freedom which deserves the name, is that of pursuing our own good in our own way, so long as we do not attempt to deprive others of theirs, or impede their efforts to obtain it.
G

My best yrs were from 24 to 29. I picked up a chick from a night club in Bangkok and I banged her from 12 mid night till the next morning 9 am ish. Little KJ never went soft at all but I stopped banging her after about 8-9 SOG cuz I felt pain when I peed. Little KJ got over worked or urinary track bruised up I guess.

My sex drive went down hill after I moved to Canada, but it came back after I became well established in my early 50s and still going strong even though it needs a little break in btwn. So far as I remember the last time I was able to bang a few hrs without going soft was in 2008 with sexy SP Viet girl Camo at her in call place at Town center when she called me in to spend the night with her cuz she didn't want to drive back home to sauga in heavy snow and scared to be alone by herself. I banged her from 12 midnight till 5 am cuz I couldn't sleep at new places. Then the following yr, my K girl moved in with me and 2-3 times a day is a norm for me. Those were the days..lol
Last edited: May 23, 2020
" Jealous people live miserable lives "
" Silence is the best response to a fool""
" We make a living by what we get, make a life by what we give"

Every year it gets better and better.
C

In my 40s nowadays, and after many stays in various mental hospitals, I am lucky to get 5" in length and last more than 3 minutes in duration.
Click to expand...

Maybe they cured your delusions ...that you were 5” all along?

JumpingJackFlash said:
Maybe they cured your delusions ...that you were 5” all along?
Click to expand...

No, my K girlfriend used to take 3 hand lengths to cover my shaft during a BJ/HJ session.

I was a beast when I was a teen.

Just dont take psycho meds - it will destroy your length.

I was on the meds, then I was forced into a hospital, given more and more and more. Its not good.
The only freedom which deserves the name, is that of pursuing our own good in our own way, so long as we do not attempt to deprive others of theirs, or impede their efforts to obtain it.

Ursus said:
No, my K girlfriend used to take 3 hand lengths to cover my shaft during a BJ/HJ session.

Yeah, I went out with her too. Here's a pic of us holding hands.

Probably between 20-35 for me. Things are going downhill now. Was with one of my faves recently and fired a blank on my 2nd shot (after resting for more than an hour!). I might need to look into those testosterone shots you're taking...
C