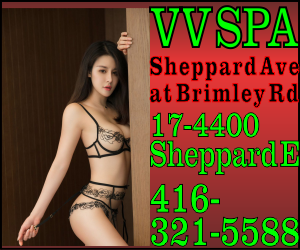 Hi ,
Anyone have number of Pradip or priyanka or monika from chembur, if yes please share with me , these guys from Sindhi Colony,
TIA
D

Seems she has golden pussy and if yes then go ahead Bhai..

Sent from my Redmi Note 4 using Tapatalk
A

Exchnge her number in pm

Can u send her number
M

Any review of this bird ?

Maxwell7 said:
Any review of this bird ?
Click to expand...

Sent from my SM-N960F using Tapatalk
Click to expand...

prank said:
Anyone has Pooja nerul's friend number whose name is Sapna?

Sent from my Moto E (4) Plus using Tapatalk
Click to expand...

Sent from my SM-A705GM using Tapatalk
Click to expand...

Rojan said:
FR on Sreysta from Andheri
Met her on Thursday at her appartment in Andheri Sheri Punjab colony,She welcomed me with a smile and asked me to sit on the sofa she is somewhat 5.3” tall girl with an hourglass figure.she got huge melons also very tight butt which was jiggly at the same time. She said me she is 28years old.
We had some chit chat she also gave me Juice and snacks to have..then we moved on to her bedroom., she had asked me to take a shower

I did as requested by her .,and when I came out from the washroom she had changed into a baby doll dress .,she seduced me and I had an errection on the spot.As we moved on to the bed she took my head and kept it on her lap. I was so aroused as I could the under part of her boobs from below. She was like a careful girl caressing my head and giving me a head massage. The smell of her body perfume was mesmerizing me, I started to just squeeze her big 36d boobs. I initiated some dirty talks with her which she too enjoyed.
I went near to her and kissed her on lips. I did not even try to force myself on her.
As soon as I kissed her she opened her mouth without any hesitation and we were engrossed in the kiss. I kissed her for few minutes and my hands started roaming on her boobs over her top. I was moving my hands around her breast and could feel her heart beats. She pushed me aside and removed her clothings in a jiffy. I loved her aggressiveness.
I moved near her and kept my dick near her mouth. She took it with her hand and pulled me with my dick on the bedside. It was paining due to her grip. She said fuck me till I die.I knew Im having a lifetime experience with this lady. She pulled my foreskin backward and the bob was out like red lollypop.She kept on gagging herself till all my cum drop was inside her

mouth..To be frank I got exhausted..we rolled up a joint and had a somke

I was now horny to fuck her. Put on a condom then lifted her one leg and inserted my dick inside her.I started fucking her furiously,went on to the depth of her tight vagina.I fucked her for 15 minutes in between switched to Missionary ,doggy and WoT..she is very flexible and comfortable with any sex position.. She was shouting give me more give me more..I wanted to do more but I really got tired..
Afterwards we took a shower together I fingered her again ...Then she ordered food through swiggy had some chit chats and said bye to her.
Damage :: She had asked for 12 k when I called her fixing the meeting ..After meeting I gave her 10k she was happy.

i think she is ritu from andheri w
M

Anyone have idea who is she

Sent from my CPH1823 using Tapatalk
Click to expand...

Gasa67 said:
can anyone share nikki punjabi pic plz
or pm me the pic
Click to expand...